Two rail companies operate the services into Stansted with currently around 180 trains serving the Airport every day. The train station at Stansted Airport is ideally located directly under the airport terminal in the designated underground rail facility. Rail services operate not only to central London, but to all major city destinations across the UK. Stansted Express offers the fastest way to travel between Stansted Airport and London. The railway station is just a 2 minute walk from the airport Arrivals with easy access via lifts, escalators and ramps.

If you live north of the Airport, Cross Country trains connect to Cambridge, Peterborough, Leicester and beyond to Birmingham running an hourly service, 7 days a week. The operating hours at the weekend are different so please check. It is an attractive service for office based employees working 9-5, Monday to Friday.

The Airport Travelcard can be used on this service (acceptable up to Peterborough).

Stansted Express provides an Airport rail link from central London to the Airport. It stops at Bishop’s Stortford, Harlow Town and Tottenham Hale Rail stations. The service is high quality as well as fast and direct.

Save up to 80% with the
Stansted Airport Travelcard 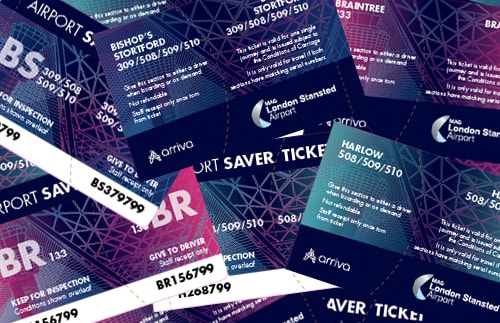 Cut fuel costs and get
priority parking with Liftshare 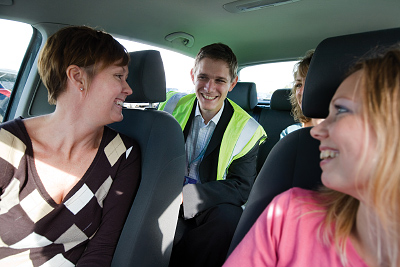